Just like in the Wizard of Oz movie, where you were allowed to see who and what the “Great Oz” really was once you took a peak behind the curtain, the goal of Pivot Point Magazine is to take you “behind the curtain” to bring you the “story behind the story” — to go “back stage” and get the “real story.”  What makes these people tick? What is the driving force in their lives? What do “famous” people think about in their quiet moments? What exactly happens that causes someone to go from failure to success? What takes place in the “PIVOT POINT” moment of time?

Confirmed–Defying Death and Rocking Out for Christ 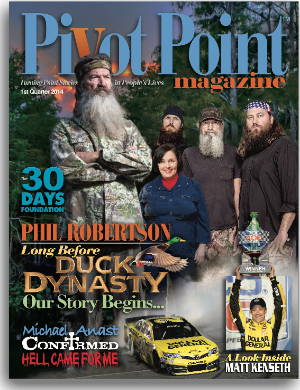 They’d lived hard and played harder.  Music was in their blood, their souls, for them it was as natural as breathing.  Yet, now as she waited in the cold hospital waiting lounge, Donna Anast was praying that they had not yet played their last tune, had not yet taken their last breath.  As she prayed, her husband Michael flirted with death on the operating table just down the hall...

Flag of My Father Interviews 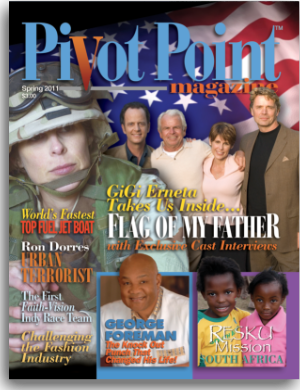 The interviews were so much fun.  GiGi Erneta quickly became a dear friend — (We’re on each other’s speed dials ;) — and Andrew Sensenig was a charm.

Both actors were real in their pureness of heart and love for Christ.  It was evident in their voices, their unbridled words, and their support for the mission of the magazine.  Pivot Point will be closely watching their careers and provide relevant updates, as I am sure we will be revisiting both for new stories in future issues.

From George Foreman to Jet Boots to Fashion

We also head into the locker room with former Olympic Gold Medalist Heavy Weight Boxing Champ, George Foreman, as he shares intimate details about his life and the events after the knockout punch that drastically changed it all.

From there our journey takes us around the world to South Africa, into a village riddled with violence and disease, alongside a group of ordinary individuals armed with determination and faith.

Back in the states, Ron Dorres former president of the motorcycle club,“The Vagos,” tells us about when he was served with papers legally declaring him, and The Vagos, urban terrorists.  He barely escaped with his own life, and now he helps others who want to leave the gang lifestyle.

We make a splash inside the motorsports world with the ‘World’s Fastest Top Fuel Jet Boat,’ and speed across the asphalt with an Indy Car team that races with a higher calling.

Then it’s off to the runways with a trendy new exclusive line of fashion that literally clothes you in the Word of God.

Fun Fact:  John Schneider once lived with Johnny & June Cash, and in fact was introduced to Christ through them!

In recent interviews, when asked about his time with the Cash’s and how they shared their faith with him, here’s what Schneider had to say: 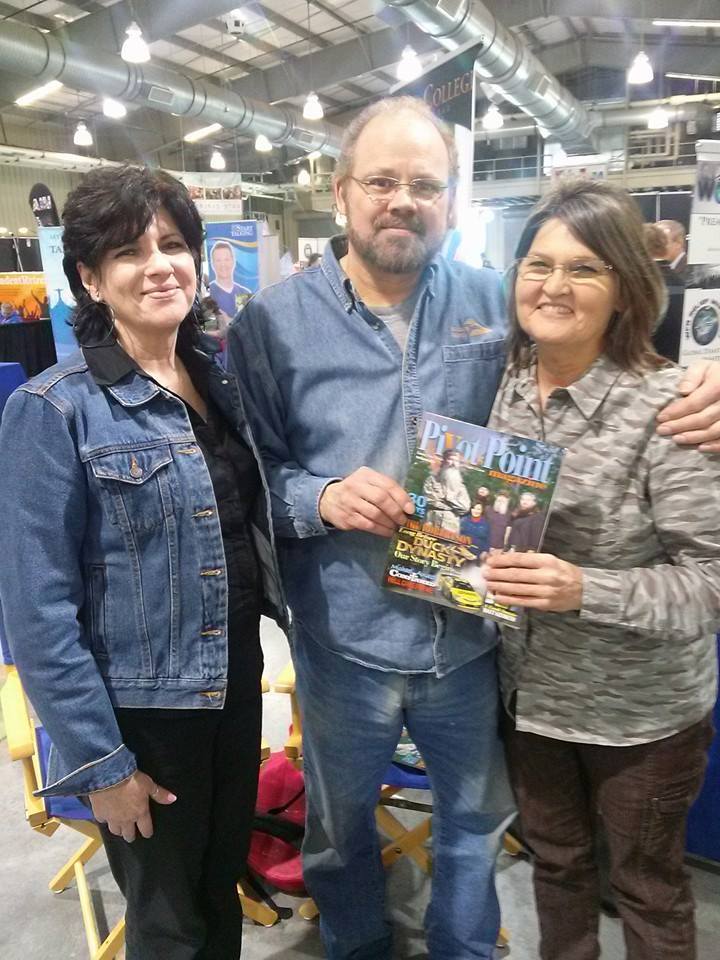 Wow, what a bles sing from the Lord! Linda and I got to meet up with Phil Robertson's youngest sister Jan, who God used to bring our Pivot Point exclusive cover story to us. This is the REAL DEAL JACK! (As another one of Jan's popular brother's would say.)